By: Communications Fellows
Comments: 1
We’re excited to share a list of recent publications in Romanticism. From Keats’s medical career to Charlotte Smith’s sonnets, from Wordsworth’s fun to Anglo-Italian Radical culture, and from Joseph Forsyth to Romantic affect, the last six months have brought us a range of new investigations and explorations of Romantic literature, thought, and culture–we hope you find something of interest below! And please also let us know if there are any recent publications (from August 2019 to present) that we’ve missed–we would love to include them here.
***
Keats’s Negative Capability: New Origins and Afterlives ed. Brian Rejack and Michael Theune

“The essays collected in this volume, taken as a whole, account for some of the history of negative capability, and propose new models and directions for its future in scholarly and popular discourse. The book does not propose a particular understanding of negative capability from among the many options (radical empathy, annihilation of self, philosophical skepticism, celebration of ambiguity) as the final word on the topic; rather, the book accounts for the multidimensionality of negative capability” – Liverpool University Press ***
Romantic Vacancy: The Poetics of Gender, Affect, and Radical Speculation by Kate Singer

“This book discovers a new form of Romantic affect that is dynamically linguistic and material. It seeks to end the long tradition of holding women and men writers of the Romantic period as separate and largely unequal. It places women writers at the forefront of speculative thinking, repositions questions of gender at the vanguard of Romantic-era thought, revises how we have long thought of gender in the period, and rewrites our notions of Romantic affect” – SUNY Press

“Wordsworth’s Fun explores the writer’s debts to the ludic and the ludicrous in classical tradition; his reworkings of Ariosto, Erasmus, and Cervantes; his engagement with forms of English poetic humor; and his love of comic prose. Combining close reading with cultural analysis, Bevis travels many untrodden ways, studying Wordsworth’s interest in laughing gas, pantomime, the figure of the fool, and the value of play. … [This book] sheds fresh light on how one poet’s strange humor helped to shape modern literary experiment” – University of Chicago Press 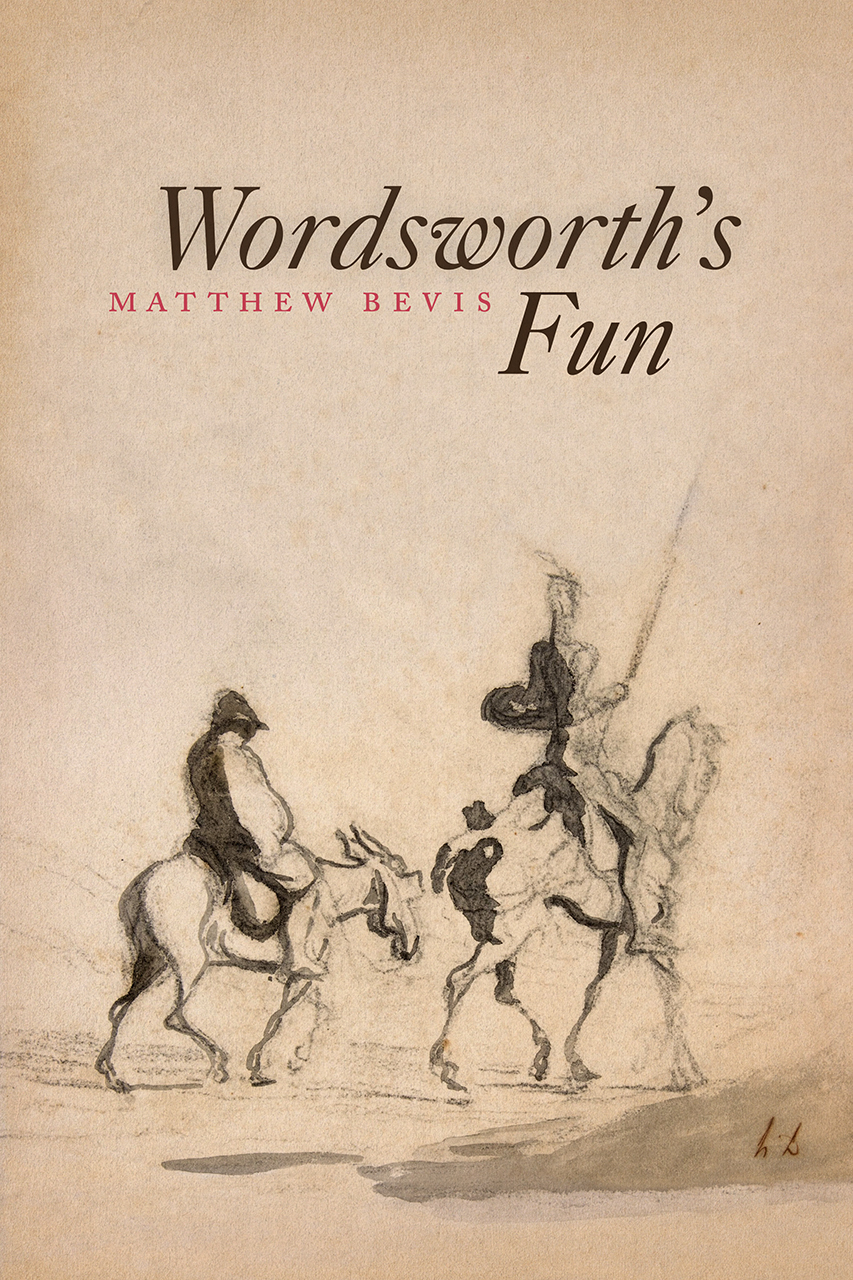 ***
Romantic Revelations: Visions of Post-Apocalyptic Life and Hope in the Anthropocene by Chris Washington

“Romantic Revelations shows that the nonhuman is fundamental to Romanticism’s political responses to climatic catastrophes. Exploring what he calls ‘post-apocalyptic Romanticism,’ Chris Washington intervenes in the critical conversation that has long defined Romanticism as an apocalyptic field. […]  In thinking through life after disaster, Washington contends that [the Shelleys, Byron, Clare, and Austen] craft an optimistic vision of the future that leads to a new politics” – University of Toronto Press

***
Disastrous Subjectivities: Romanticism, Modernity, and the Real by David Collings

***
Charlotte Smith and the Sonnet: Form, Place and Tradition in the Late Eighteenth Century by Bethan Roberts

“This book offers the first full-length study of Charlotte Smith’s Elegiac Sonnets and clarifies its ‘place’ – in multiple ways – in literary history. […] It reveals the complex processes underpinning Smith’s reception and paradoxical position from the late eighteenth century to the present day, and shows that the appropriation of place itself was an important way in which aspects of literary tradition have been negotiated and understood by Smith, her predecessors, contemporaries and successors” – Liverpool University Press “The collection addresses the many and varied links between politics and the emotions in Romantic periodicals, from the revolutionary decade of the 1790s, to the 1832 Reform Bill. In so doing, it deepens our understanding of the often conflicted relations between politics and feelings, and raises questions relevant to contemporary debates on affect studies and their relation to political criticism.” – Palgrave Macmillan

“Joseph Forsyth, traveling through an Italy plundered by Napoleon, was unjustly imprisoned in 1803 by the French as an enemy alien. Out of his arduous eleven-year ‘detention’ came his only book, Remarks on Antiquities, Arts, and Letters during an Excursion in Italy (1813). […] Keith Crook, in this authoritative study, evokes the peculiar miseries that Forsyth endured in French prisons, reveals the significance of Forsyth’s encounters with scientists, poets, scholars, and ordinary Italians, and analyzes his judgments on Italian artworks” – Bucknell University Press 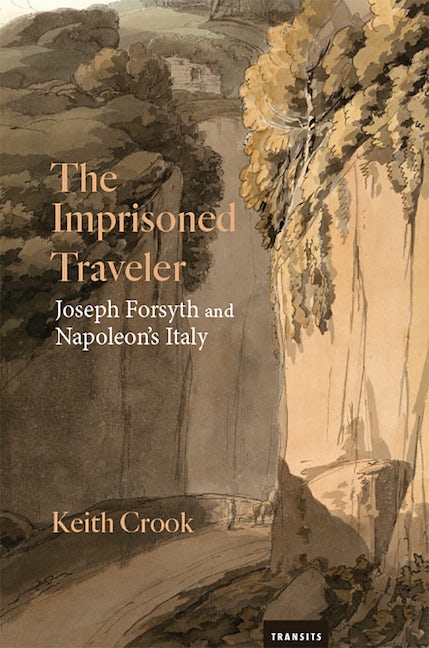 “From 1815 to 1823 the Italian influence on English literature was at its zenith. […] In this engaging study Will Bowers considers this radical interaction by pursuing two interrelated analyses. The first examines the Italian literary and political ideas absorbed by Romantic poets, particularly Lord Byron, Leigh Hunt, and Percy Bysshe Shelley. The second uncovers the ambassadorial role played in London by Italians […] who promoted a revolutionary idea of their homeland and its literature, particularly Dante’s Commedia” – Cambridge University Press 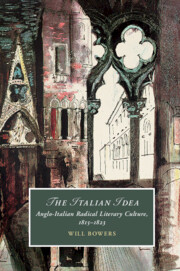 “Reconstructing the lively medical world that played a formative role in Keats’ intellectual and imaginative development, [this book] seeks to show the intriguing connections between Keats’ medical knowledge and his greatest poetry. It offers new research on Keats’ medical career – including a new edition of his medical Notebook compiled from the manuscript – and recovers the various ways in which Keats’ creativity found expression in his two careers of medicine and poetry, enriching both” – Liverpool University Press

Romanticism and the Letter ed. Madeleine Callaghan and Anthony Howe

“Romanticism and the Letter is a collection of essays that explore various aspects of letter writing in the Romantic period of British Literature. […] Essays focus on the letters of major poets, including Wordsworth, Byron, Shelley and Keats; novelists and prose writers, including Jane Austen, Leigh Hunt and Charles Lamb; and lesser-known writers such as Melesina Trench and Mary Leadbeater. Moving from theories of letter writing, through the period’s diverse epistolary culture, to essays on individual writers, the collection opens new perspectives for students and scholars of the Romantic period” – Palgrave Macmillan 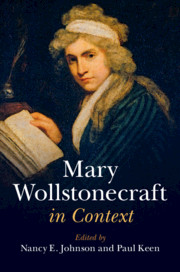 Print and Performance in the 1820s: Improvisation, Speculation, Identity by Angela Esterhammer

“Print and Performance in the 1820s interprets a rich constellation of fictional texts and theatrical productions that gained popularity among middle-class metropolitan audiences through experiments with intersecting fantasy worlds and acutely described real worlds. Providing new contexts for figures such as Byron and Scott, and recovering the work of lesser-known contemporaries including Charles Mathews’ character impersonations and the performances of celebrity improvvisatore Tommaso Sgricci, Angela Esterhammer explores the era’s influential representations of the way identity is constructed, performed, and perceived” – Cambridge University Press

The Connected Condition: Romanticism and the Dream of Communication by Yohei Igarashi

“The Romantic poet’s intense yearning to share thoughts and feelings often finds expression in a style that thwarts a connection with readers. Yohei Igarashi addresses this paradox by reimagining Romantic poetry as a response to the beginnings of the information age. Data collection, rampant connectivity, and efficient communication became powerful social norms during this period. The Connected Condition argues that poets responded to these developments by probing the underlying fantasy: the perfect transfer of thoughts, feelings, and information, along with media that might make such communication possible.

This book radically reframes major poets and canonical poems. Igarashi considers Samuel Taylor Coleridge as a stenographer, William Wordsworth as a bureaucrat, Percy Shelley amid social networks, and John Keats in relation to telegraphy, revealing a shared attraction and skepticism toward the dream of communication. Bringing to bear a singular combination of media studies, the history of communication, sociology, rhetoric, and literary history, The Connected Condition proposes new accounts of literary difficulty and Romanticism. Above all, this book shows that the Romantic poets have much to teach us about living with the connected condition and the fortunes of literature in it.” – Stanford University Press

“How did Percy Bysshe Shelley and Mary Wollstonecraft Shelley, two of the most iconic and celebrated authors of the Romantic Period, contribute to each other’s achievements? This book is the first to dedicate a full-length study to exploring the nature of the Shelleys’ literary relationship in depth. It offers new insights into the works of these talented individuals who were bound together by their personal romance and shared commitment to a literary career. Most innovatively, the book describes how Mary Shelley contributed significantly to Percy Shelley’s writing, whilst also discussing Percy’s involvement in her work.

A reappraisal of original manuscripts reveals the Shelleys as a remarkable literary couple, participants in a reciprocal and creative exchange. Hand-written evidence shows Mary adding to Percy’s work in draft and vice-versa. A focus on the Shelleys’ texts – set in the context of their lives and especially their travels – is used to explain how they enabled one another to accomplish a quality of work which they might never have achieved alone. Illustrated with reproductions from their notebooks and drafts, this volume brings Mary Shelley and Percy Bysshe Shelley to the forefront of emerging scholarship on collaborative literary relationships and the social nature of creativity.” – Routledge

“This book pursues a theory of contemplation that draws from Coleridge’s theories of imagination and the ‘Ideas of Reason’ in his published texts and extensively from his thoughts as they developed throughout unpublished works, fragments, letters, and notebooks. […] Coleridge’s Contemplative Philosophy is not just a work of history of philosophy, it addresses a figure whose thinking is of continuing interest, arguing that contemplation of ideas and values has consequences for everyday morality and aesthetics, as well as metaphysics” – Oxford University Press (March 2020) “This book charts the confluence of Enlightenment, antiquarian, and romantic energies within Irish literary culture and shows how different writers and genres absorbed, dispersed and remade those interests during five decades of political change. During those same years, literature made its own history. […] This comprehensive volume will be a key reference for scholars and students of Irish literature and romantic literary studies” – Cambridge University Press (March 2020)

“Romantic Automata is a collection of essays examining the rise of [the] cultural suspicion of mechanical imitations of life. […] In engaging with the work and thought of Coleridge, Poe, Hoffmann, Mary Shelley, and other Romantic luminaries, the contributors to this collection open new methodological approaches to understanding human interaction with technology that strives to simulate, supplement, or supplant organic life” – Bucknell University Press (April 2020) 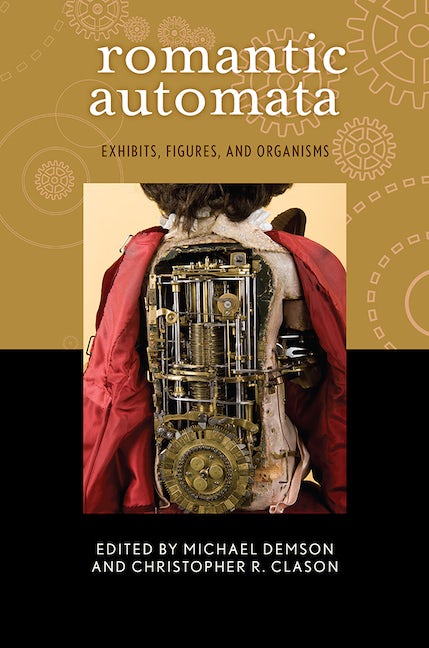 “The essays in the volume bring new insights on editing and establishing the canon of Mary Shelley’s works, they investigate her interest in European literature, history and landscape and they highlight her unique partnership with the poet Percy Bysshe Shelley. In considering Mary Shelley’s European and world-wide reception the authors adopt an interdisciplinary approach and explore both the ‘Frankenstein myth’ and the ‘Mary Shelley myth’ in drama, contemporary media, film and visual culture” – Modern Humanities Research Association (Summer 2020)

***
The Calamity Form: On Poetry and Social Life by Anahid Nersessian

“Drawing on Marxism and philosophy of science,The Calamity Form shines new light on Romantic poetry, identifying a number of rhetorical tropes used by writers to underscore their very failure to make sense of our move to industrialization. Anahid Nersessian explores works by Friedrich Hölderlin, William Wordsworth, John Keats, and others to argue that as the human and ecological costs of industry became clear, Romantic poetry adopted formal strategies […] as it tried and failed to narrate the calamities of capitalism” – University of Chicago Press (June 2020) 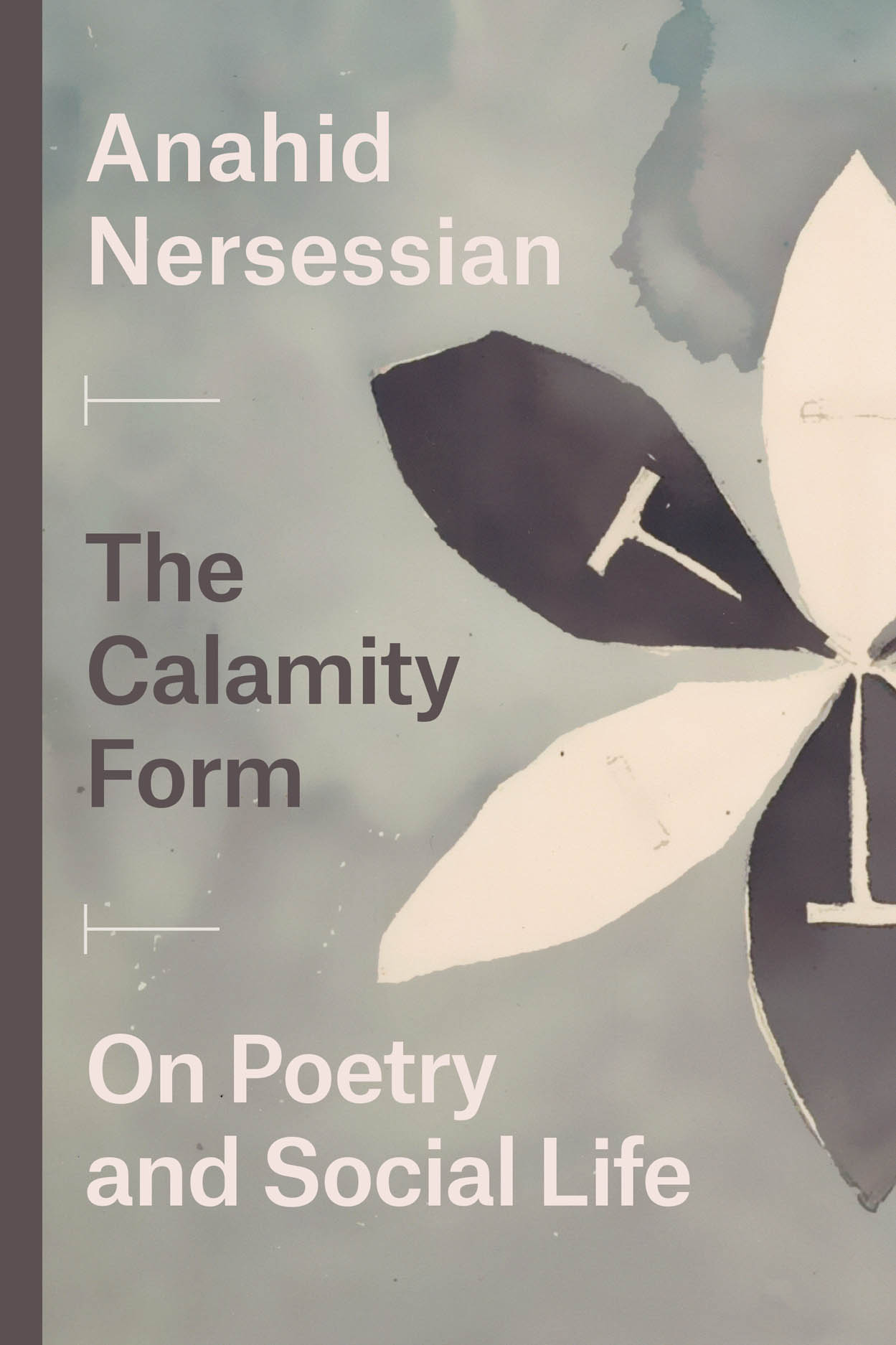 “This book explores Wordsworth’s extraordinary influence on the tourist landscapes of the Lake District throughout the age of railways, motorcars and the First World War [and] how patterns of tourist behaviour and environmental awareness changed in the century of popular tourism, examining how Wordsworth’s vision and language shaped modern ideas of travel, self-reliance, landscape and environment, cultural heritage, preservation and accessibility” – Liverpool University Press (June 2020)